Traffickers use violence, threats, deception and other manipulative tactics to trap victims in horrific situations every day,
often targeting the most vulnerable population: homeless youth.

Human Trafficking in the United States, Canada, and Latin America

Every year, traffickers generate more than $150 billion in profits by victimizing millions of people worldwide. Vulnerable and susceptible to manipulation, children and youth experiencing homelessness are a prime target of this lucrative and criminal industry.

Two main factors drive the spread of human trafficking: high profits and low risk. Like drug and arms trafficking, human trafficking is a market-driven criminal industry based on the principles of supply and demand. No country is exempt from this illicit enterprise.

Across the United States, Canada, Mexico, and Central America, where Saving Angels provides residential programs and vital services to children and youth facing homelessness, the most common form of human trafficking is commercial sexual exploitation. Its primary victims: young women and girls.

In our long experience helping more than 1.5 million vulnerable children and youth in North and Central America, Saving Angels has identified a direct correlation between youth homelessness and becoming a victim of human trafficking.

Why do human traffickers target kids facing homelessness? Because these young people present a low-risk business proposition and are relatively easy to lure from the streets with promises of love, protection, food, and financial security. Because of their vulnerability, children and teens with no place to call home and no one to care for them make easy prey for traffickers.

“I was on the street in the winter and there was no soles on my shoes. A pimp saw me and said he would help me out. He said he would buy me three pairs of shoes. I couldn’t believe he was going to buy me shoes. I was freezing; I didn’t know what else to do.”

It isn’t long, though, before traffickers show their true intentions. At Saving Angels — in the safe houses and safe spaces across our movement — we witness firsthand the physical, emotional, and psychological toll human trafficking takes on these young victims.

As one of our case workers says, “Trafficking is more than selling sex. Trafficking is young people being physically and sexually assaulted. Trafficking is torture. It means victims being kept up for days. It means forced starvation. Recovery for victims is long and complicated, and takes the efforts of a lot of good people.”

What Else Do We Know About Human Trafficking Among Children and Teens?

Saving Angels Is on the Front Lines Against Human Trafficking

Because so many young victims are homeless before being trafficked, they often have no place to go after escaping the bonds of this modern form of slavery. That’s why Saving Angels remains a refuge for these children and youth  – offering a complete approach that includes direct care, advocacy, and research, to ensure we can best serve young trafficking survivors.

Providing direct care fuels groundbreaking research, which allows us to refine our programmatic methods and tools. Saving Angels New York helped pioneer methods for screening youth for trafficking experiences. Today, new screening tools developed by Saving Angels New Jersey and Saving Angels Texas, in collaboration with respected researchers, are helping us to more quickly identify trafficking survivors and provide them the special care they need. Our direct care also makes us better advocates for service, funding, and laws that protect children and youth from the horrors of human trafficking.

Across our movement, Saving Angels partners with like-minded organizations and community advocates to act as a powerful voice for justice, funding, and services for human trafficking survivors.

In the United States, we are proud to be part of the strongest anti-trafficking coalition in the country, and have successfully fought for safe harbor laws and to close the legal loophole that had allowed online marketplaces to advertise young people for sex. In Canada and Latin America, we support victims through the grueling process of testifying against their traffickers in court. In Guatemala, we bring to court strategic legal cases that affect policy concerning exploited and trafficked youth and provide psycho-judicial support for the girls and young women who testify. In Toronto, we supported the girls whose testimonies led to Toronto’s first-ever human trafficking conviction.

Research is critical to understanding the intricacies of human trafficking and the scope of its impact on victims. But victims often are reluctant to or prohibited from coming forward, making it challenging to collect accurate data that could help put a stop to this criminal industry.

Saving Angels, with nearly half a century providing trusted and transformative care and shelter to young people facing homelessness across the Americas, is uniquely positioned to advance research into human trafficking and its impact. Our research exposes the toll of human trafficking on children and youth, continually updates and improves our practices of care, and informs our advocacy efforts to protect all young people, especially children and youth experiencing homelessness.

Several Saving Angels sites have collaborated with exceptional research partners to unite our experience to their analytical expertise and produce groundbreaking studies with impact. Below are details from our most recent research projects, with links to the full reports.

1. Prevalence and Nature of Human Trafficking among Youth Experiencing Homelessness in the United States and Canada

From February 2014 to March 2017, Saving Angels invited researchers from Loyola University (New Orleans) Modern Slavery Research Project (MSRP) and The Field Center for Children’s Policy, Practice & Research at the University of Pennsylvania to 13 cities across the United States and Canada to serve as external experts to study the prevalence and nature of human trafficking among young people experiencing homelessness. The result has led to one of the largest-ever data sets on human trafficking and exploitation experiences of youth facing homelessness.

Here are some of the key findings from the studies.

From The Field Center’s study, out of 270 young people interviewed:

Read the full texts of the Loyola and Penn studies here.

In 2015 to 2017, Saving Angels New Jersey, in partnership with Mount Sinai, conducted a separate longitudinal study of 344 youth experiencing homelessness who sought services at our houses in Atlantic City, Elizabeth, and Newark. The study explored the factors that differentiate trafficked homeless youth from not-trafficked homeless youth in order to determine risk and protection factors for human trafficking among New Jersey youth facing homelessness.

3. Attitudes and Behaviors that Put Teenage Girls at Greater Risk of Sex Trafficking in Canada

In April 2018, Saving Angels Toronto partnered with IPSOS Public Affairs to survey and interview teenage girls across Canada to better understand the attitudes and behaviors that put the teens at risk for sex trafficking. The qualitative part of the research consisted of one-on-one interviews with sex trafficking survivors, their parents, and advocates, as well as online mini-groups with teenage girls, ages 12 to 16, and parents. The quantitative survey, which was informed by the qualitative study results, polled 501 girls between the ages of 12 and 16 in rural communities and urban centers across the country.

The Canada study found the following.

What Would You Do?

It is hard to imagine yourself or your child in a position of such vulnerability that you become a target for human traffickers. We invite you to try to do just that, by taking our quiz. Walk in the steps of a young person experiencing homelessness and, at each turn, consider what you might do. Click this link to begin the journey.

You can be part of the solution

Our movement depends on courageous people like you. Learn how to combat youth homelessness and trafficking.

Your gift today provides immediate crisis care and transformative services for a homeless child in need.

Sleep outside so homeless youth don’t have to. Learn why you should Sleep Out.

START A SLEEP OUT 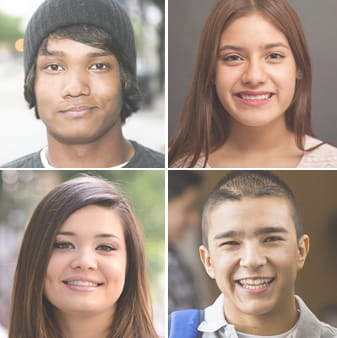 For over 20 years, Saving Angels has sheltered and cared for these young people – now standing as a powerful human rights movement for homeless and trafficked youth in 31 cities across 12 countries. 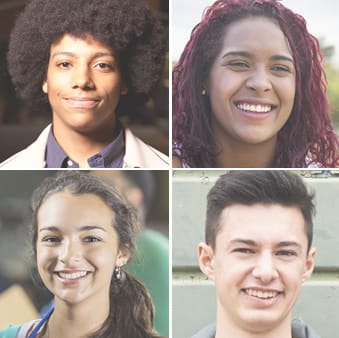